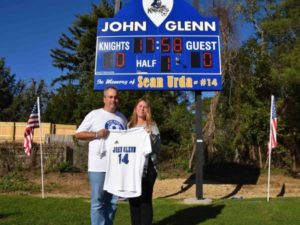 Sean passed away in Jan. 2015 in a snow tubing accident; a tragedy that deeply impacted the Elwood community. The Urda family donated a new soccer scoreboard in Sean’s name to give back to the school for their support and honor their son’s life as a passionate soccer player and Elwood Knight. The ceremony date provided a significant meaning, as number 14 was Sean’s soccer number.

“I was not fortunate enough to know Sean, but I have heard him discussed and described many times as a role model,” said Dr. Bossert. “Those are the words that I want you to keep in mind when you think about him and when you try to act as a role model and set a positive example for your friends, teammates and opponents.”

Before the ribbon cutting, Mr. Urda spoke about his son’s love for soccer and the relationships he built.

“To Sean, soccer was more than just a game,” Mr. Urda said. “It was his passion and the Knights and his high school classmates were more than just his team and his friends…they were his family.” 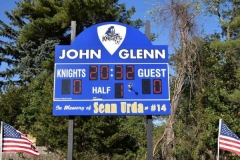 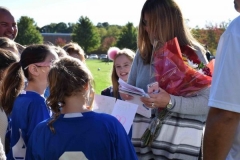 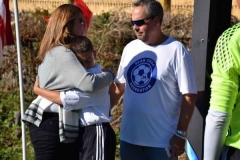 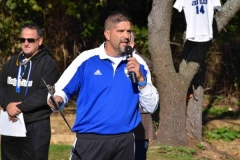 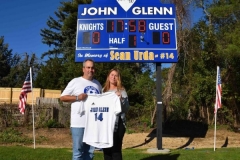 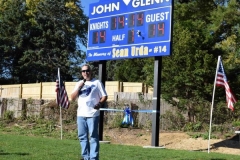