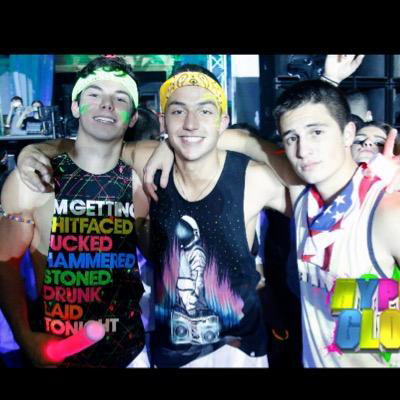 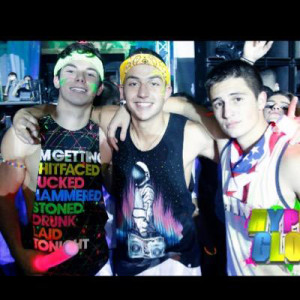 Let me share a few personal thoughts – and I certainly don’t mean to be depressing. I’m typing this on my laptop in a hotel room out in New Paltz, NY, where I took refuge from the “historic blizzard” that was supposed to hit my Connecticut town. Naturally, I watched the talking heads on TV this morning trying to save face after all of their dire predictions went bust. One came up with the ploy, “The storm turned deadly last night,” and followed the remark with info about a Long Island teen who died in a sledding accident – a tragic event, but only peripherally storm-related.

I began thinking about the 17-year-old Long Island kid whose death was being so widely publicized for these suspect motives. I imagined that he was probably a cool kid, so I Googled his name – Sean Urda. I was right. Above is his Twitter profile pic. (BTW Sean must have been pretty popular, since he seems to have also inspired a parody account.)

I learned that Sean played soccer for John Glenn High School in Elmira, NY. You can see a photo of Sean in an article about another local soccer player here and there’s another pic on his college recruitment page here. Sean must have really loved soccer because there’s yet another action shot on his Soundcloud page.

Sean’s Facebook is still online, and you can view his Instagram pics, too. Sort of puts a human face on the story, doesn’t it? Now, whenever I recall this “historic blizzard” aka “Snowpocalypse2015,” I’ll remember Sean Urda.

It doesn’t seem that long since we were stuck in a hotel in New Paltz, New York, writing about the tragic death of a young man named Sean Urda (pictured above):http://paparazzophotography.tumblr.com/post/109305588262/sean-urda-tragedy . Well, today we received an email which was so inspirational and encouraging, we just have to share it with you:

Hi,
I recently read your blog post on tumblr (I couldn’t contact you on there so I’m hoping this is you who wrote it?) on my friend Sean Urda. It was a beautifully written post, and how you said whenever you think of the blizzard you will remember Sean Urda, that gave me chills. He was an amazing, kind, loving, beautiful boy who touched so many lives. Here is a link to his scholarship fund if you wanted to maybe attach it to your post.http://www.gofundme.com/Sean-UrdaAnyways, I just wanted to reach out to you and applaud you for how sweet that post was. It really shows that complete strangers who see a picture of Sean or just hear his story, automatically can tell he was a beautiful person inside and out. He will always be remembered. Thank you
Allie

Well, Allie, to say we appreciate that email is an understatement. Once again, the link that Allie shared with us – the Sean Urda Memorial Soccer Scholarship – ishttp://www.gofundme.com/Sean-Urda . Notice that the goal was to raise 20K and they’re already up to 72K and counting. It’s Sean’s lasting legacy. Thank you so much for sharing this, Allie.